While Android 4.0 or as better known ICE Cream Sandwich have been introduced a while back with the arrival of the Samsung Galaxy Nexus, many of us were waiting the update to be rolled out to our existing mobiles including the great Samsung Galaxy S2 LTE which even had in opinion a better hardware than the one that came with the Samsung Galaxy Nexus and many other devices that were delivered with the Ice Cream Sandwich version of Android. The good news that wait is over for most of the Samsung Galaxy S2 device family and now you can receive your update either over the air or using Samsung Kies. In this article, I will share with you how to upgrade your Samsung Galaxy SII LTE to Android 4.0 to enjoy features that were strict on newer devices that came installed with it. Below are just a recap of the few features that you can gain by upgrading to Android 4.0:

From the way I have order the list above, you probably can tell the Camera app improvement was a major plus point in my opinion. I know I know you came here to find out how you can get the Android 4 not to read about its new features, so lets get into business. You can get the Android Ice Cream Sandwitch for your Samsung Galaxy S2 LTE and other flavors of the Samsung Galaxy S2 mainly by two methods.

1- Over the air(OTA): You will wake up one morning and find a message in your Android device notification area informing you that you have a software update available & ask you if you want to proceed with the update. Just answer with yes and follow the procedures on the screen & wohoo you get boosted to Android 4.0 and get all of its features mentioned above! In order for this to happen your service provider has to be started to roll the updates in your area and your turn to upgrade is finally there. If you did not get that notification, don't give up maybe you can speed thing up by trying the second method.

2- Using Samsung Kies: I was actually one of the people who did not get the upgrade notification message as my service provider (Rogers in this case) did not seems the fastest to roll them out & my turn for over the air upgrade was not yet there. As I could not wait, I thought I will try Samsung Kies and see if I can pull the update rather than wait for it to be pushed to me over the air & Vooyooola! That worked out and I got Android 4.0. For those of you who need instruction on how to do that, just read the instructions below. 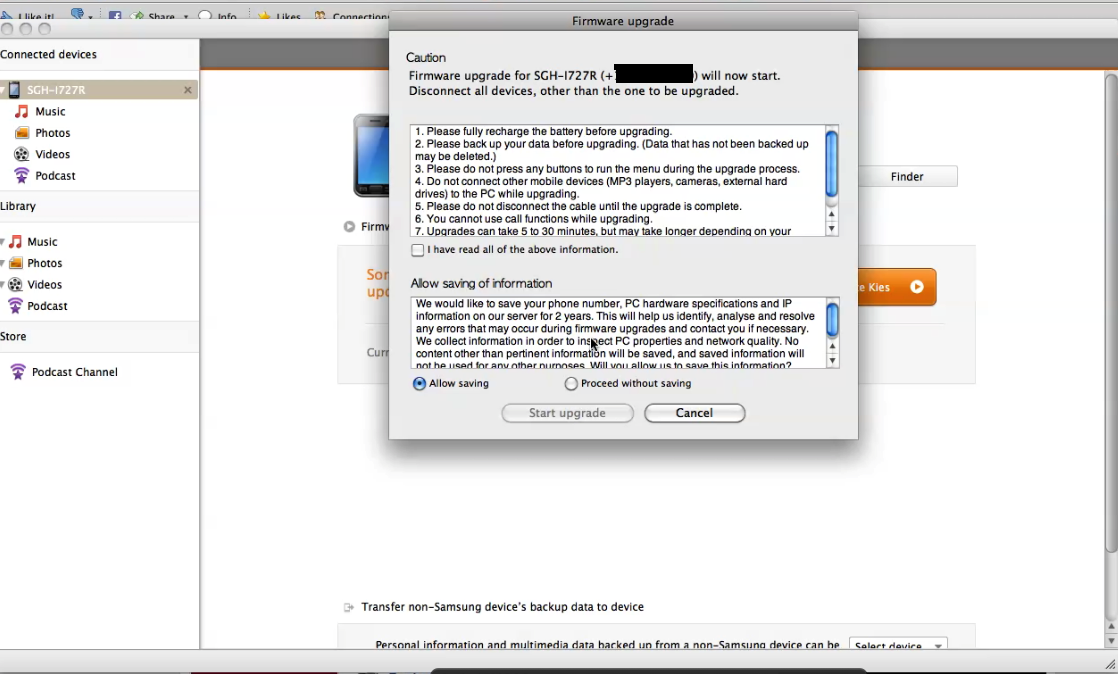 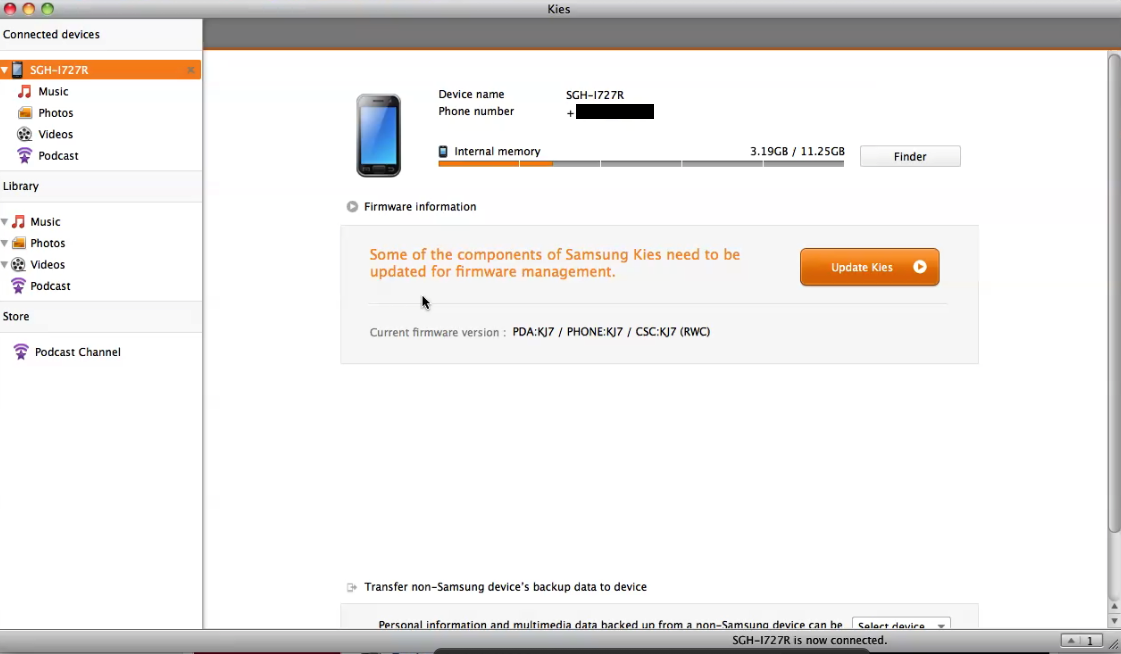 I hope this help some one upgrading his device to the great Android 4.0! Enjoy!