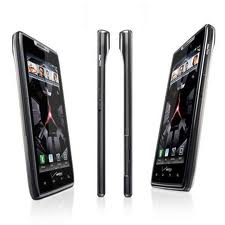 A few days ago Motorola has presented the Motorola Droid RAZR(Motorola RAZR) or Droid Droiz. The American company puts on the market a new model of the range that gave it so many hits, such as the Droid. In addition, Motorola are betting on Android , as demonstrated in their latest releases, the Admiral Motorola and the Motorola Atrix 2 , so we predict good sales for the new Motorola RAZR in the American, Canadian, European & rest of the world mobile market. Its interesting enough that it’s the first Android phone Motorola released after being acquired by Google. It seems the acquisition is really working well with the release of this Super Android Phone.

The Droid Razr has been released on October 27 on the U.S. Verizon’s Network. Rogers in Canada has it on pre-ordering & it should be hitting the European Market soon.

I believe the Design of the Motorola Droid is one of its biggest features. With an impossibly thin design, the new MOTOROLA RAZR is a marvel of engineering, one you’ll want to show off to the world. Thinner than your friend’s smartphones, it’s better looking too, with sculpted glass and diamond-cut aluminium accents. Thin no longer equals frail. Motorola has made the MOTOROLA RAZR with KEVLAR fibre, while Corning Gorilla Glass helps the screen stand up to the scratches and scrapes that are bound to happen. Spilt coffee? Caught in the rain? No problem. This phone is protected with a splash-guard coating & even the electrical boards inside. The design and durability features of this smart phone make me just say WOW!

After the Motorola Atrix the company seems to be stepping up and continues to launch Android phones to compete with the best in the market. In addition, the Motorola Droid RAZR will be able to utilize the Atrix accessories, so Motorola will continues to build an ecosystem of devices around the accessories designed for the Atrix, especially the dock, where your smart phone can become a netbook with ease.

The Motorola Droid Razr presents high-end components such as its dual-core processor 1.2GHz and 1Gb of RAM. The Motorola Razr comes with16 gigabytes of internal memory plus a microSD card, included in the box 16GB microSD card, so the Razr Droid appears on the market with no small amount of 32 GB of memory. Its screen, a 4.3-inch Super AMOLED sporting a resolution of 960 X 540 QHD.

Multimedia elements, the Razr Droid brings a rear camera of 8 megapixel camera with image stabilization and video recording at 1080p, HD front camera for video calls. In terms of connectivity, the Motorola has 4G, 3G and WiFi so you can use at any point where we are. As a postscript, it comes with Bluetooth 4.0, the ultimate connection.

MotoCast a free Motorola app that’s built in to the MOTOROLA RAZR, lets you safely and effortlessly stream music, films and more from your PC. Across the street or across the country, you can still rock your playlists or flip through pics, without using up your phone’s memory. I believe MotoCast will be a great piece of software that change how we store and access our files/documes on the run.

How to root the Motorola Droid RAZR?

Review of the Motorola Droid RAZR. ?