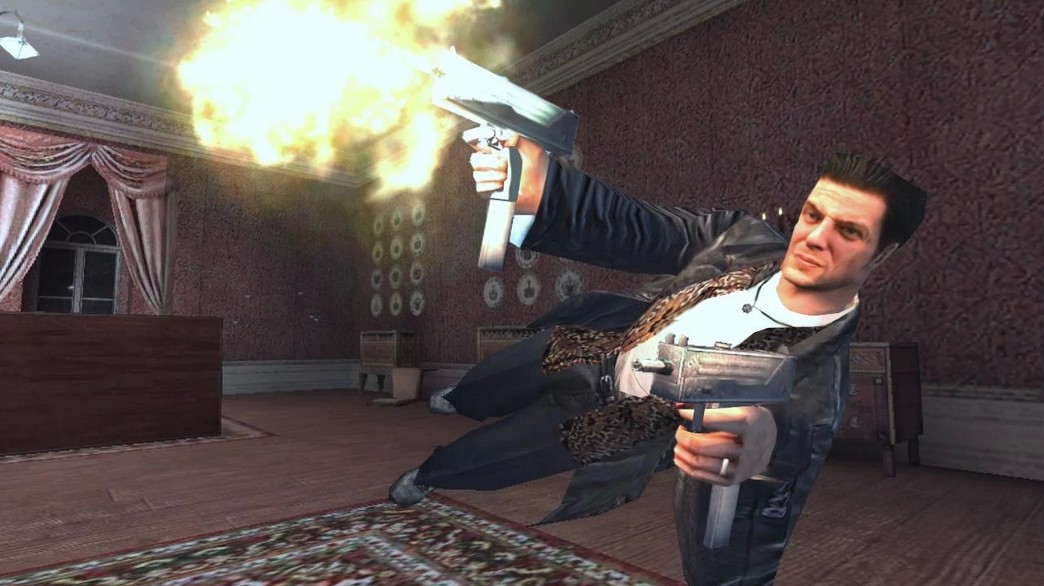 Max Payne, one of the most favorite to players and  the award-winning brand name which is now available for Android devices.

A renegade undercover cop framed for murder, hunted by cops and the pack, Max is a man with his back against the wall, fighting a battle he cannot hope to win. Max Payne is a relentless story-driven game about a man on the edge, fighting to clear his name while struggling to uncover the truth about his slain family amongst a myriad of plot-twists.

The groundbreaking original cinematic action-shooter, Max Payne introduced the concept of Bullet TimeÂ® in videogames. Through its stylish slow-motion gunplay combined with a dark and twisted story, Max Payne redefined the action-shooter genre.

For those using the “Skip to Level” cheat, we recommend that you have weapons in your inventory; as you will start a new level with your current weapon set.

Space: 1.33 GB please make sure you have enough space before you install the game. 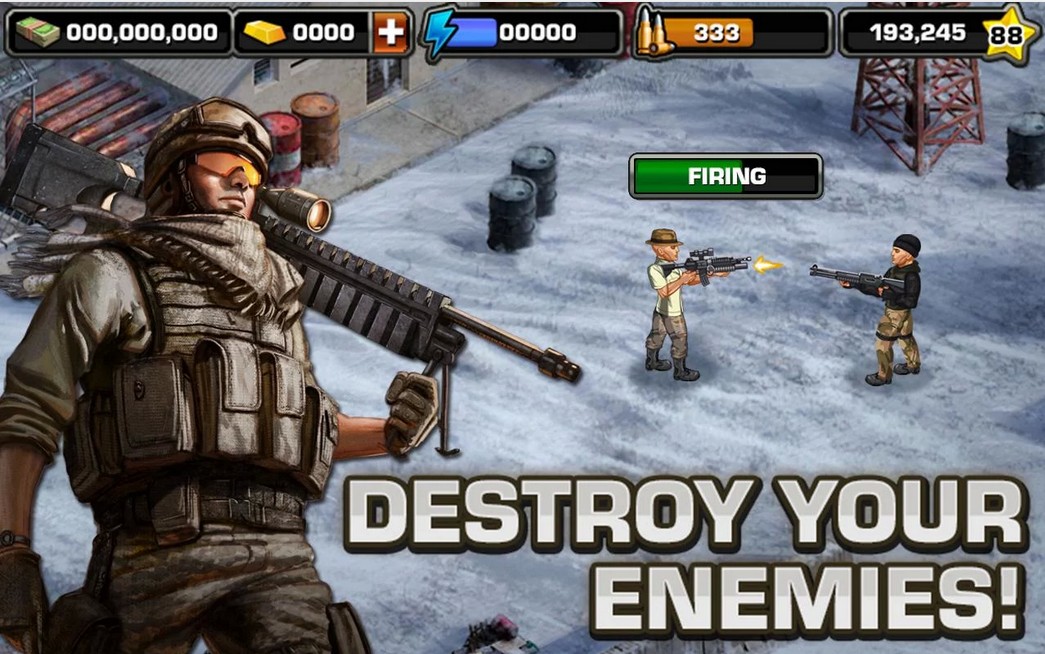 Modern War – World Domination! Sets a new era in combat game you can Build a global military empire and destroy your enemies in this game
World Domination is now within your grip! Just Join a faction and join the fight in Modern War, the popular combat game where you face off against enemies for control of country after country, until you rule them all.

It is not just for the weak to take over the world. Build strength in numbers by teaming up with other players and pooling rewards from individual missions. Then you can declare war against rival factions during monthly three-day World Domination events for the chance to put your name on the mapâ€”literally. Because in this Modern War, itâ€™s not enough to want power, you have to take it.

Are you new to war? Get the help from the following guide.
http://toucharcade.com/2013/09/27/modern-war-guide-play-without-spending-real-money/

NOTES:
â€¢ This is an ONLINE ONLY game. You must be connected to the Internet to play.
â€¢ Modern War – World Domination is suitable for fans of strategy, rpg and mmo games. 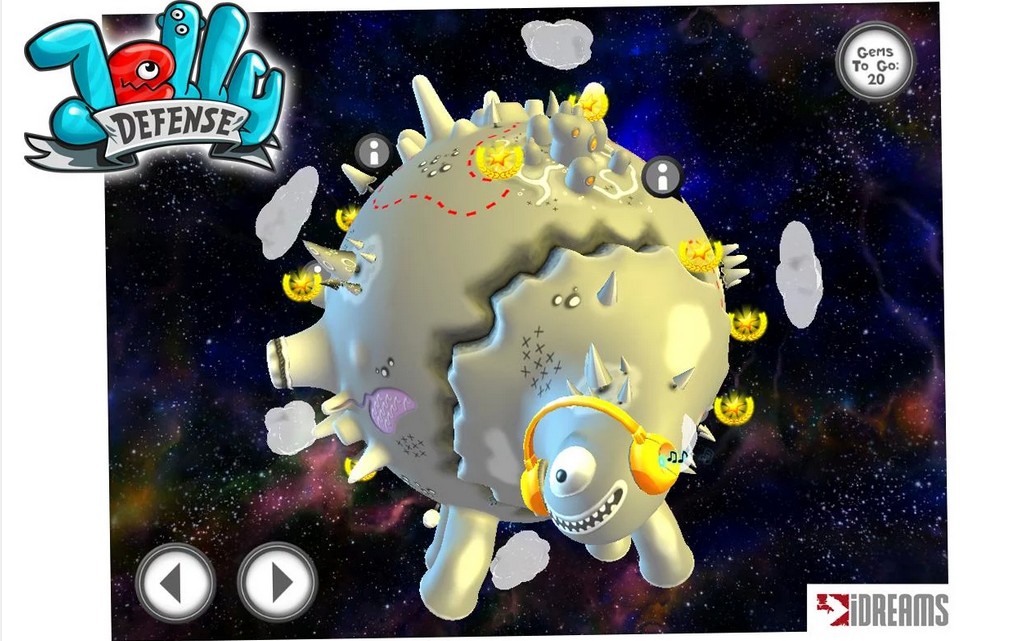 Join the Jelly forces now and lead them to glory in this uneven and fierce fight against the invaders! Use your tactical skills and wisdom to tip the scales of victory in your favor in order to save the Diploglobe and the Jelly nation from the agressors!

That’s right, you are their only hope – the one they call the liberator, the true leader, the Jelly savior! You are the hero they deserve! Just look at these poor little creatures. They trust you, they believe in you, they rely on you. Can you refuse those big faithfull eyes (or eye)? You’re really their only hope!

Get Jelly Defense now and lose yourself in an amazing, unique and beautiful world! Build powerful towers and lead your army to battle against fantastic and demanding enemies! The most magic, addicting and surreal adventure awaits you! Jump in and become the ultimate Jelly legend!

“Jelly Defence is a subtle proponent of the tower defence genre, getting you to consider very carefully exactly where and when each wobbly organic-looking tower is built and upgraded, as well as which sorts of foes it will damage most effectively in this delightful test of tactics and memory.”
Start playing this amazing game and enjoy!!!!

Now zombies are coming back. Itâ€™s all about time! This is the sequel to the absolute hit action-strategy adventure which brings the fun to touchscreens and all tablets. Join now Crazy Dave on a extra ordinary crazy adventure where youâ€™ll face, greet and overcome legions of zombies from the daybreak to the end of days. assemble an army of dominant new plants, supercharge them with Plant Food and power up your military protection with incredible new ways to protect your brain.

Battle zombies from all worlds in PiÃ±ata Party to win Good enough prizes and that’s just the beginning!

The future holds many mysteriesâ€¦â€¦..

Game Features
â€¢ You will Meet powerful new plants that will defend your lawn through time
â€¢ and Go toe-to-missing-toe with dozens of new oooo zombies
â€¢ Great way and Supercharge your floral friends with healthy doses of Plant Food
â€¢ Fire up amazing Finger Powers to pinch, tap and zap zombies
â€¢ Beat brain-teasing challenges that will test your zombie-zapping skills
â€¢ Take on zombies from all worlds in PiÃ±ata Party and win prizes
â€¢ Gather keys to play valuable side missions
â€¢ Collect coins to purchase potent power-ups
â€¢ When you will Earn stars it will take you to new worlds
â€¢ Connect to Game Services to unlock achievements and compete against friends on the leaderboards
â€¢ Zombie chickens! Are available

A land of mythic creatures is under attack! Take your hero and defend your land with a couple of different tower. You have the choice. Build cannon tower, spear tower, magic tower or the legendary ultima tower. Use the whole arsenal to protect your homeland against the horde of monster. Your tactic will decide your fate! Please make sure you have installed the newest android version. Hints: Try to evade the monster or you will loose a life. You can only build on fields with trees. – amazing animations (70 animations for each monster). – over 50 hours playtime !! – try to survive uncountable waves on different maps! – detailed ingame manual – every monster has its own die animation – realistic graphics. – interactive game play (monster drops gold and gems. collect it with your hero). – regular updates! New monster, new level, zoom function and many more awaits you! – fancy new tower – 3 different difficulty level. Easy, medium and hell! – many different tactics to win the game. – many boss monster. each one really hard to defeat. – soon: save your highscore on the official website of frontier defence. compare your best results with player of the whole world.

As it is not the first to market with a tower defense game, most people willget the gist of how to play. Basically, robots are trying to get from one side of the map to another, and its your job to stop them by building and upgrading some defense towers.

What does the full version add?

These are the enhancements for the first release: