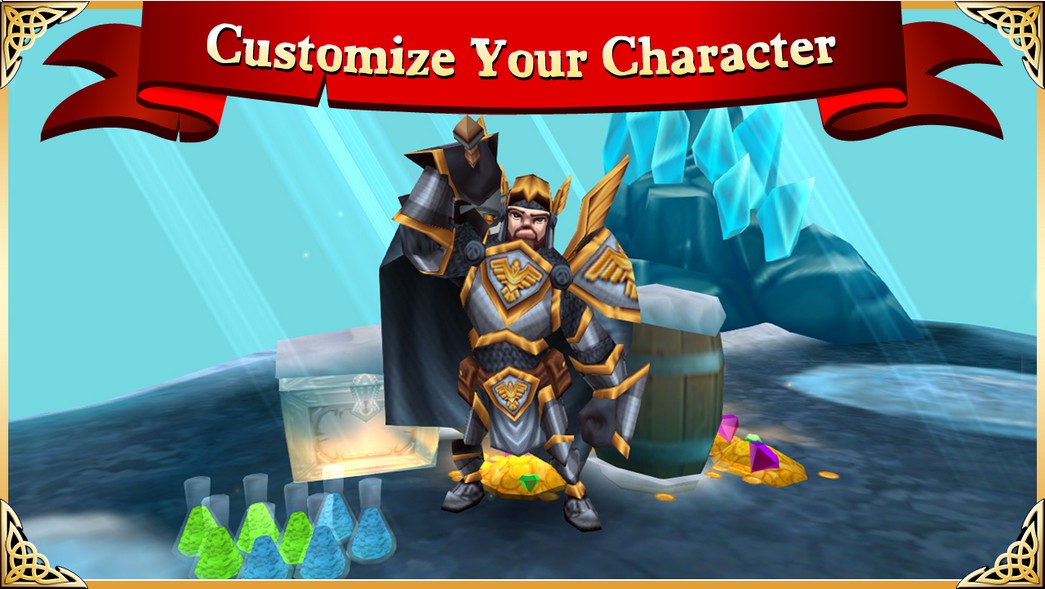 One of the most famous and breathtaking Free-to-Play 3D fantasy world in this award winning, online, multiplayer, MMORPG from Spacetime Studios, creators of the smash-hit Pocket Legends. Your quests will take you and a trusty epic pet through darkly-lit taverns, majestic forests, and dank dungeons as you fight evil forces attempting to take hold of the kingdom of Arlor.

Arcane Legends is a free 3D Massively-Multiplayer Online Role Playing Game (MMORPG). Heroes can take the role of a deadly rogue with devastating bow and trap attacks, a mystical sorcerer that wields elemental fury and aids companions, or a hulking warrior with the strength of steel, to adventure through a vast fantasy world!

Play online with friends, create or join a guild, and adventure with thousands of other players to experience fast-paced heroic action. As you fight enemies to destroy evil or battle in PvP, you will unlock special abilities for your character and find new pets that you can customize to suit your play style.
Powered by the Spacetime Engine, allowing you to play with anyone, anywhere, anytime!

Features:
+ An in-depth character creation system to customize your hero.
+ Unlock and customize class abilities as you level-up.
+ Collect and grow mystical pets that help you on quests.
+ Find thousands of legendary weapons and items.
+ Play in co-op or Solo Modes with PvE or PvP game mechanics.
+ Plays Across Wi-Fi, Edge, 3G or 4G Networks.